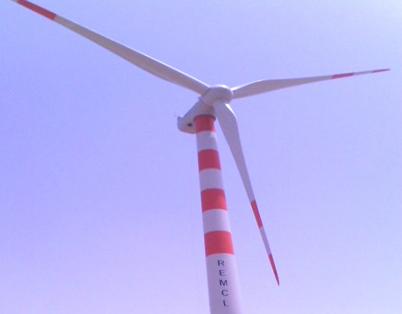 The plant was successfully commisioned in the year 2015. This plant is situated in Rajasthan and generated about 34 MUs (Million Units) during financial year 2017-18. Earlier, the power generated by the plant was being utilized by West Central Railway (WCR) in consumer mode for availing the banking facility at their 3 TSSs in Rajasthan. WCR started taking power from M/s Jindal India Thermal Power Ltd. (JITPL) at these TSSs through Short Term Open Access (STOA) as a Deemed Distribution Licensee (DDL) w.e.f. 10.01.2017. In accordance with above decision, REMCL is supplying the power of 26 MW wind mill plant to WCR as DDL at their 12 TSSs in Rajasthan, through short term open access route without any banking facility. This has resulted into saving of about 41,000 tonnes of Carbon- Dioxide per annum. 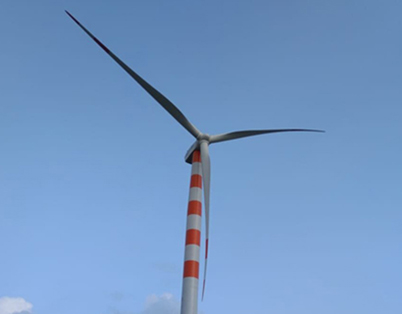 Railway Board has awarded the PMC work for setting up 10.5 MW wind mill plant for Southern Railway in Tamil Nadu on EPC mode. The work has been awarded to wind power developer through open competitive bidding. Upon commissioning, this will result into saving of about 18,000 tonnes of Carbon-Dioxide per annum

REMCL has awarded the work of 6 MW wind mill plant for Central Railway in Maharashtra to the wind power developer through tariff based competitive bidding. Upon commissioning, this will result into saving of about 9,500 tonnes of Carbon-Dioxide per annum.

In order to harness the untapped potential of solar roof top at railways buildings, stations, hospitals etc. Railway Board has decided to install 500 MW solar roof top power plants. REMCL is the bid process coordinator for the designated task and has awarded contracts for 120 MW of solar roof top projects in phases for SWR,NR, WR, NCR, DLW, SECR, NER, SR, ECR, CR, NFR ECoR, ER, SCR, Metro, CLW, SER, WCR & NWR Railways. Upon commissioning, this will result into saving of about 1,30,000 tonnes of Carbon-Dioxide per annum. 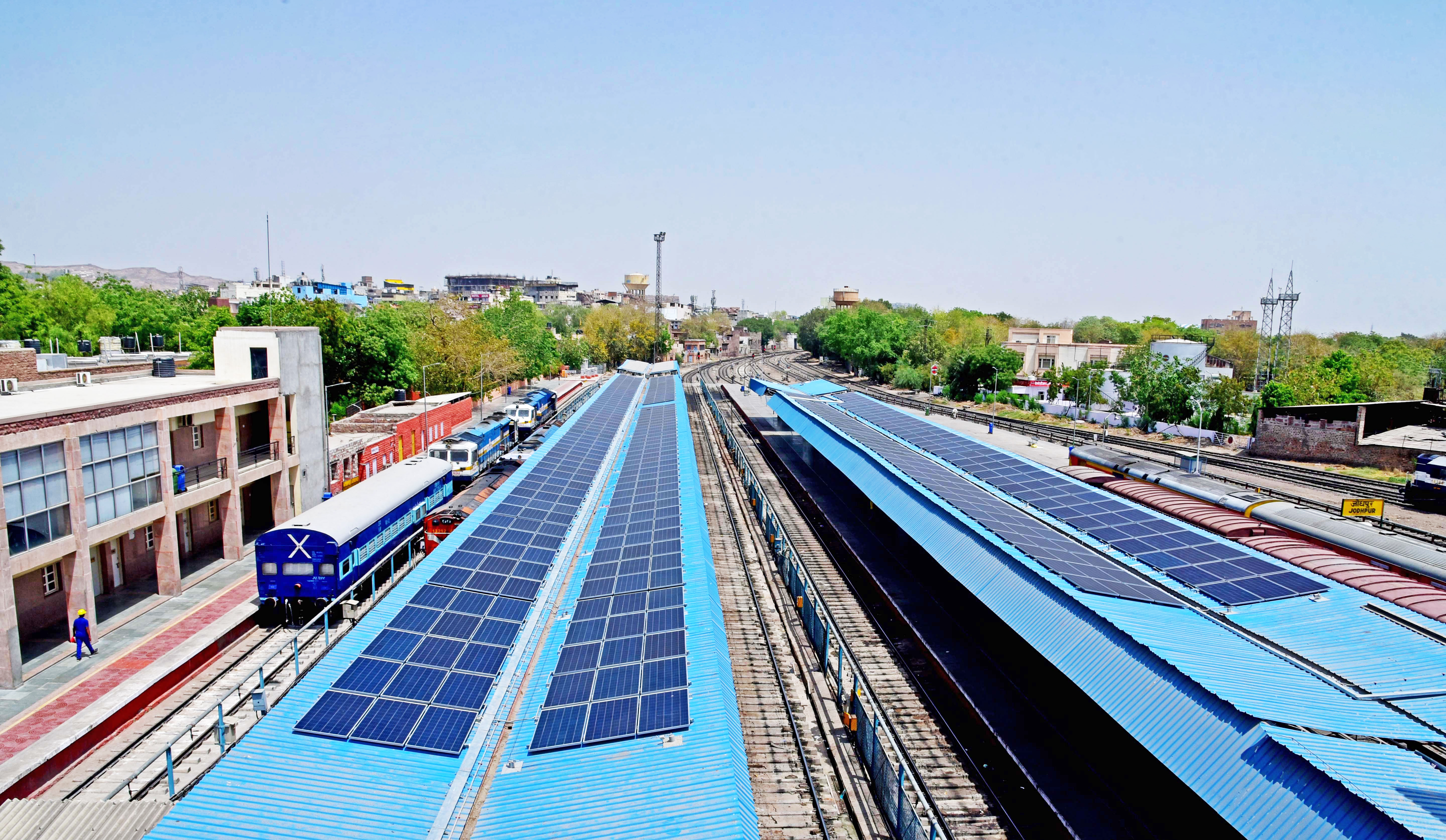 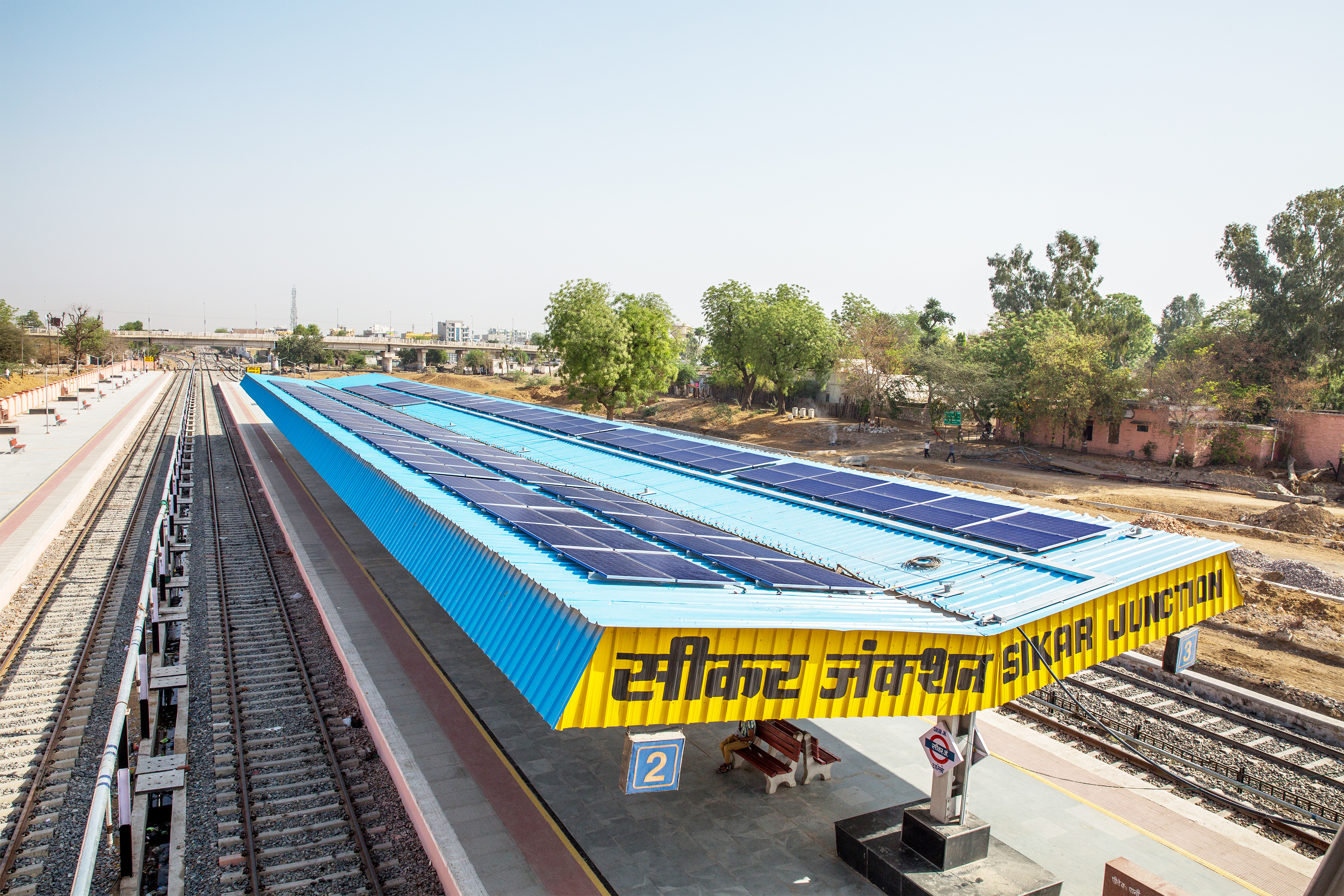 REMC Ltd has undertaken development of first ever 2 MW ground mounted solar projects along the railway tracks as a pilot project for Indian Railways through tariff based competitive e-bidding followed by reverse e-auction. The project is first of its kind to be implemented by Indian Railways. The Solar Power Plant will be designed for feeding the Solar Power into the Railways Transmission System directly. The plant was successfully commissioned in the month of Sep’2020.

An agreement between Indian Railways and BHEL was signed on 28.01.2019 to develop 1.7 MWp Bina Solar Plant as a pilot project in India. It was planned that Railways will provide land and BHEL will provide technology and solar panels for generation of electricity that will be directly feeding electricity into OHE. Thus, Railway leased the land to M/s BHEL @ Rs. 1 per year and BHEL commissioned the Bina Solar Plant in June 2020 on this land.

After commissioning, the Bina Solar Plant has been generating electricity every day and feeding into OHE.

Bina Solar Plant is successfully commissioned since June’2020 and is acting as a Proof of Concept (POC) for Indian Railways for future implementation of such solar plants all over India. This is especially important as Railways has gone for massive electrification under ‘100% electrification’ target.

With success of this pilot power project, Indian Railways shall install such type of Solar Plants in various locations to feed traction distribution for utilization by electric engine hauled trains.